We did not think of the great open plains, the beautiful rolling hills, and winding streams with tangled growth, as “wild.” Only to the white man was nature a “wilderness” and only to him was the land “infested” with “wild” animals and “savage” people. To us it was tame. Earth was bountiful and we were surrounded with the blessings of the Great Mystery. Not until the hairy man from the east came and with brutal frenzy heaped injustices upon us and the families we loved was it “wild” for us. When the very animals of the forest began fleeing from his approach, then it was that for us the “Wild West” began.

When her doctor took her bandages off and led her into the garden, the girl who was no longer blind saw “the tree with the lights in it.” It was for this tree I searched through the peach orchards of summer, in the forests of fall and down winter and spring for years. Then one day I was walking along Tinker creek and thinking of nothing at all and I saw the tree with the lights in it. I saw the backyard cedar where the mourning doves roost charged and transfigured, each cell buzzing with flame. I stood on the grass with the lights in it, grass that was wholly fire, utterly focused and utterly dreamed. It was less like seeing that like being for the first time see, knocked breathless by a powerful glance. The flood of fire abated, but I’m still spending the power. Gradually the lights went out in the cedar, the colors died, the cells un-flamed and disappeared. I was still ringing. I had been my whole life a bell and never knew it until at that moment I was lifted and struck. I have since only very rarely seen the tree with the lights in it. The vision comes and goes, mostly goes, but I live for it, for the moment the mountains open and a new light roars in spate through the crack, and the mountains slam.

All that we can do, is to keep steadily in mind that each organic being is striving to increase at a geometrical ratio; that each at some period of its life, during some season of the year, during each generation or at intervals, has to struggle for life, and to suffer great destruction. When we reflect on this struggle, we may console ourselves with the full belief, that the war of nature is not incessant, that no fear is felt, that death is generally prompt, and that the vigorous, the healthy, and the happy survive and multiply.

Weeds – even many intrusive aliens – give something back. They green over the dereliction we have created. They move in to replace more sensitive plants that we have endangered. Their willingness to grow in the most hostile environments – a bombed city, a crack in a wall – means that they insinuate the idea of wild nature into places otherwise quite shorn of it. They are, in this sense, paradoxical. Although they follow and are dependent on human activities, their cussedness and refusal to play by our rules makes them subversive, and the very essence of wildness.

Richard Mabey–Weeds: In Defense of Nature’s Most Unloved Plants

Nature is the birthright of everyone on Earth. The millions of species we have allowed to survive are our phylogenetic kin. Their long-term history is our long-term history. Despite all our fantasies and pretensions, we always have been and will remain a biological species tied to this particular biological world.

The best remedy for those who are afraid, lonely, or unhappy is to go outside, somewhere where they can be quite alone with the heavens, nature and God. Because only then does one feel that all is as it should be and that God wishes to see people happy amidst the simple beauty of nature. …I firmly believe that nature brings solace in all troubles.

I learned this, at least, by my experiment: that if one advances confidently in the direction of his dreams, and endeavors to live the life which he has imagined, he will meet with a success unexpected in common hours. He will put some things behind, will pass an invisible boundary; new, universal, and more liberal laws will begin to establish themselves around and within him; or the old laws be expanded, and interpreted in his favor in a more liberal sense, and he will live with the license of a higher order of beings. In proportion as he simplifies his life, the laws of the universe will appear less complex, and solitude will not be solitude, nor poverty poverty, nor weakness weakness. If you have built castles in the air, your work need not be lost; that is where they should be. Now put the foundations under them.

Henry David Thoreau–Walden, or Life in the Woods

[Barry] Commoner is best known for his four “laws of ecology”, which he outlined in the first chapter of The Closing Circle. These are:

1) Everything is connected to everything else;

2) Everything must go somewhere;

4) There is no such thing as a free lunch.

The first law states what Commoner called “a simple fact about ecosystems” – all healthy ecosystems are interconnected and self-stabilising: if any part of a natural ecosystem is damaged or overstressed it can trigger far wider problems. For example, the burning of fossil fuels is overloading the global carbon cycle, which in turn is triggering dramatic changes to climate, global ice cover, weather patterns, ocean acidification, farming yields, sea levels, government budgets and worldwide refugee figures. Any society that ignores Commoner’s first law – that everything is connected to everything else – invites ecological and social turmoil.

Of the second law – everything must go somewhere – Commoner said: “One of the chief reasons for the present environment crisis is that great amounts of materials have been extracted from the Earth, converted into new forms, and discharged into the environment without taking into account that ‘everything must go somewhere’. The result, too often, is the accumulation of harmful amounts of material in places where, in nature, they do not belong.”

Commoner’s third law of ecology – nature knows best – is not an example of naive, green romanticism, but a rejection of what he called “one of the most pervasive features of modern technology … the notion that it is intended to ‘improve on nature’”. Rather, he said: “Stated baldly, the third law of ecology holds that any major man-made change in a natural system is likely to be detrimental to that system.”

Commoner said he borrowed his fourth law – there is no such thing as a free lunch – from economic science: “In ecology, as in economics, the law is intended to warn that every gain is won at some cost. In a way, this ecological law embodies the previous three laws. Because the global ecosystem is a connected whole, in which nothing can be gained or lost and which is not subject to overall improvement, anything extracted from it by human effort must be replaced. Payment of this price cannot be avoided; it can only be delayed. The present environmental crisis is a warning that we have delayed nearly too long.”

The change of mind I am talking about involves not just a change of knowledge, but also a change of attitude toward our essential ignorance, a change in our bearing in the face of mystery. The principle of ecology, if we will take it to heart, should keep us aware that our lives depend on other lives and upon processes and energies in an interlocking system that, though we can destroy it, we can neither fully understand nor fully control. And our great dangerousness is that, locked in our selfish and myopic economies, we have been willing to change or destroy far beyond our power to understand.

My hope for what lies ahead in the field of landscape design—our own and that of the professionals—isn’t a revolution against the use of non-natives, but a resolution to educate ourselves about what has worked for Mother Nature through the ebb and flow of time and to put that knowledge to work in the planned landscapes that are everywhere a part of our lives. 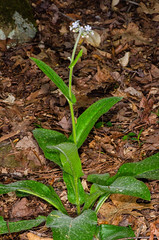 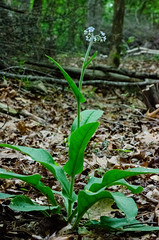 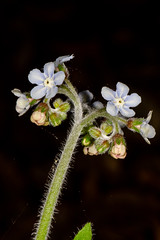 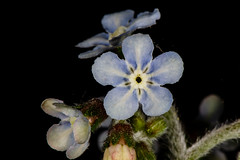 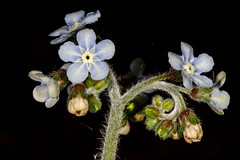 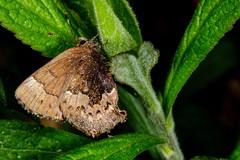 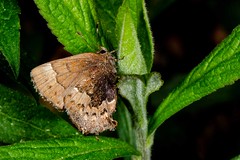 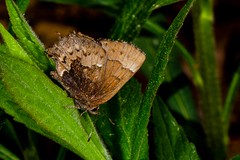 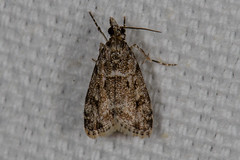 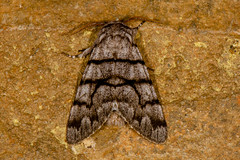