A third peculiarity about the forest is that it exhibits a dynamic beauty. A Beethoven symphony or a poem of Shelley, a landscape by Corot or a Gothic cathedral, once it is finished becomes virtually static. But the wilderness is in constant flux. A seed germinates, and a stunted seedling battles for decades against the dense shade of the virgin forest. Then some ancient tree blows down and the long-suppressed plant suddenly enters into the full vigor of delayed youth, grows rapidly from sapling to maturity, declines into the conky senility of many centuries, dropping millions of seeds to start a new forest upon the rotting debris of its own ancestors, and eventually topples over to admit the sunlight which ripens another woodland generation.

All knowledge is related. When we know more about the corner of the world where we live, we know more about the green and fragile planet which is home to all humans. Our own little spark of curiosity is part of the immense mystery which surrounds all life. I learned that no corner of the world was without wonder, that every living creature or plant or drop of water holds miracles if we would look, listen, think, relate.

In the wild a plant and its pests are continually coevolving, in a dance of resistance and conquest that can have no ultimate victor. But coevolution ceases in an orchard of grafted trees, since they are genetically identical from generation to generation. The problem very simply is that the apple trees no longer reproduce sexually, as they do when they’re grown from seed, and sex is nature’s way of creating fresh genetic combinations. At the same time the viruses, bacteria, fungi, and insects keep very much at it, reproducing sexually and continuing to evolve until eventually they hit on the precise genetic combination that allows them to overcome whatever resistance the apples may have once possessed. Suddenly total victory is in the pests’ sight—unless, that is, people come to the tree’s rescue, wielding the tools of modern chemistry.

Michael Pollan–The Botany of Desire: A Plant’s-Eye View of the World

Even in purely economic terms, the opportunity costs of extinction are going to prove enormous. Research on just small numbers of wild species has yielded major advances in the quality of human life — an abundance of pharmaceuticals, new biotechnology, and advances in agriculture. If there were no fungi of the right kind, there would be no antibiotics. Without wild plants with edible stems, fruit and seeds available for selective breeding, there would be no cities, and no civilization. No wolves, no dogs. No wild fowl, no chickens. No horses and camelids, no overland journeys except by hand-pulled vehicles and backpacks. No forests to purify water and pay it out gradually, no agriculture except with less productive dryland crops. No wild vegetation and phytoplankton, not enough air to breathe. Without nature, finally, no people.

The morning, which is the most memorable season of the day, is the awakening hour. Then there is least somnolence in us; and for an hour, at least, some part of us awakes which slumbers all the rest of the day and night… All memorable events, I should say, transpire in morning time and in a morning atmosphere. The Vedas say, “All intelligences awake with the morning.

Henry David Thoreau–Walden; or, Life in the Woods

A Prayer of Gratitude for Creation

God of the universe,

We thank You for Your many good gifts –

For the beauty of Creation and its rich and varied fruits,

For clean water and fresh air, for food and shelter, animals and plants.

And wasted what You have given us.

Transform our hearts and minds

So that we would learn to care and share,

To touch the earth with gentleness and with love,

We pray for all those who suffer as a result of our waste,

Yesterday I posted a list, as compiled by Doug Tallamy (Bringing Nature Home, 2007), of the best native trees and shrubs in the Mid-Atlantic area for supporting butterflies and moths . Today I would like to post his list of the best native herbaceous perennials and flowers. Both of these lists are comprised of species that provide nectar for the butterfly and moth adult as well as food for the caterpillars. I am thankful that I have specimens from 17 of these 21 genera represented on my little piece of land. There is more work to do . . .

During this week of Thanksgiving, I would like to share a list compiled by Doug Tallamy of the best native trees and shrubs in the Mid-Atlantic area for supporting butterflies and moths (Bringing Nature Home, 2007). I am thankful that I have 11 of these species on my little piece of land.

It was a black and white day of frost, which crawled along the dark trees and outlined twig and branch. The air was misty, and distant objects assumed a mysterious importance. Slight sounds, too, suggested infinite activities to the mind. 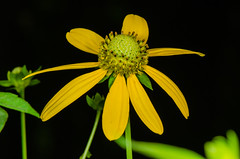 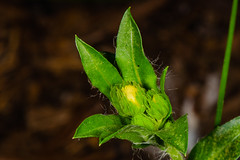 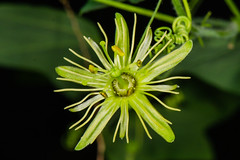 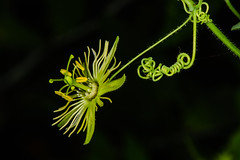 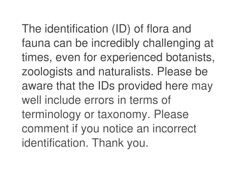 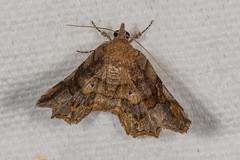 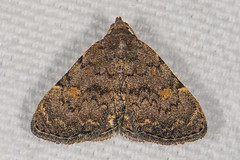 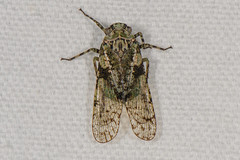 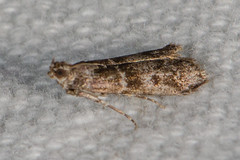 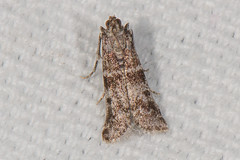